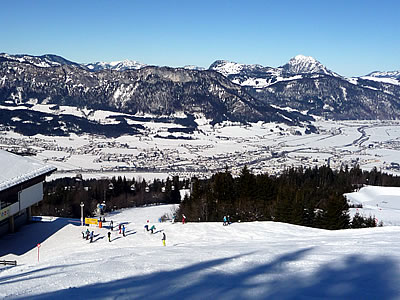 St Johann is a slightly unusual destination for a ski break. Surrounded by the far larger ski areas of the SkiWelt, Kitzbühel and Saalbach-Hinterglemm, this town of around 9000 inhabitants provides much of the regional infrastructure for the area.

But the bustling town has its own ski runs on the north face of the Harschbichl and the attractive area as well as the access to other resorts makes it a popular choice for families and intermediate skiers.

St Johann lies in a wide flat bowl in the Leukental - a valley that runs from Kitzbühel in the north through to the Chiemsee over the border in Bavaria. It is also at the junction of two side valleys - one coming from Saalfelden in the east through Leogang and Fieberbrunn and one arriving from the west via Söll, Scheffau and Ellmau.

The strategically important position was first settled back in the 4th century BC but it was the Christian missionaries who christened the settlement with its current name (after John the Baptist). As with so many settlements in this area, mining in the Middle Ages brought great riches - at one point in the 17th century a local shaft was the deepest in the world.

Tourism developed after the connection of the town to the railway network by means of the Giselabahn. This railway connects Wörgl to Salzburg via a winding route through Kitzbühel, St Johann and Zell am See and is still an important part of the regional network.

Despite the importance of present-day tourism, St Johann is less dependent on the industry than many other ski resorts. Many inhabitants are employed in agriculture, the timber industry and jobs related to the regional infrastructure.

The town, with its good rail and road transport connections, is also handy for the Saalbach-Hinterglemm area to the east (linked to Fieberbrunn from 2015/16); the Kitzbühel area to the south; and the SkiWelt area to the west (the closest main access being via Ellmau).

What St Johann is good for...

What St Johann is not so good for... 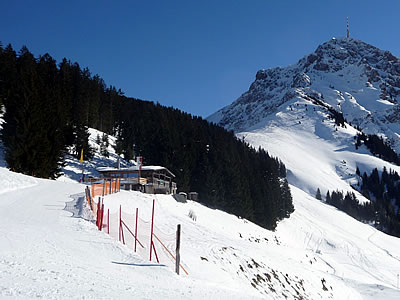