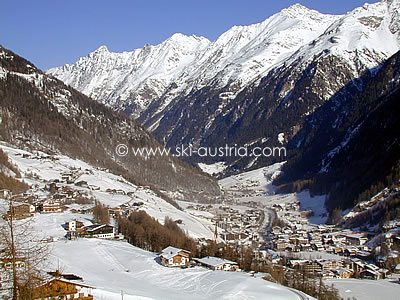 Ten years ago the name of Sölden was renowned in Austria as a loud and brash ski resort catering for hard-partying après-ski and impoverished snowboarders.

But the ski resort has changed over the last decade. A major investment in the lift system has alleviated much of the previous overcrowding on the slopes and the resort centre has undergone something of a facelift.

Sölden now - and justifiably so - likes to promote itself as a glacier ski resort interested in the full mountain experience and, while remnants of a wilder past are still visible, the concentration is now on a more upmarket and family-oriented clientele.

Sölden is located around 40 kilometres into the lengthy Ötz valley in the south-western part of the Austrian Tyrol.

How high is Sölden?

The village of Sölden is situated at 1377 metres above sea level. The smaller hamlet of Hochsölden above the village is at an altitude of 2090 metres.

When does the winter ski season begin in Sölden?

The winter ski season in Sölden is scheduled to start on November 17, 2022, although the skiing on the glaciers starts in autumn..

When does the winter skiing finish in Sölden?

The Sölden winter ski season is planned to last until May 07, 2023, although skiing on the glaciers generally lasts into spring.

Sölden is the largest ski resort in the Oetz valley, the longest side valley off the main Inn valley in the Tyrol. Originally the inhabitants of the upper valley settled the area from Italy over the mountains into Austria but, in the wintertime at least, the only way to the area is up the long and winding alpine road.

The nearest airport in Innsbruck is recommended as a destination for air travellers because of the unavoidable long travel on main roads rather than motorway. Rail service is available to Ötztal Bahnhof at the end of the valley but from then on travel is via road.

More information about getting to Sölden

Despite the high mountains around it (the Sölden ski area boasts three peaks over 3,000 metres - or 10,000 feet) the village is set in a sunny location at just under 1400 metres in altitude.

The ski slopes above the town are split into two and are reached by two separate sets of lifts. The Giggijoch cable car at the entrance to the village passes over the higher winter sport suburb of Hochsölden, which can also be reached by road (winter equipment essential).

The crowning glory of the skiing however is the ski lift link that has now been made to the Rettenbach and Tiefenbach ski areas on the former summer skiing areas at the end of the glacier road. Now all skiers in wintertime can access the high ski runs and marvel at the fabulous views out over some of the most spectacular alpine scenery in Austria.

More information about the skiing above Sölden

Most of the village sprawls between the main road and the river and access to the ski slopes is available from different points along the road. Those who are looking for a ski-in ski-out experience - rare in Austria - might like to consider the hamlet of Hochsölden for getting straight onto a ski slope in the morning:

Why choose Sölden for your ski holiday...

What are the drawbacks... 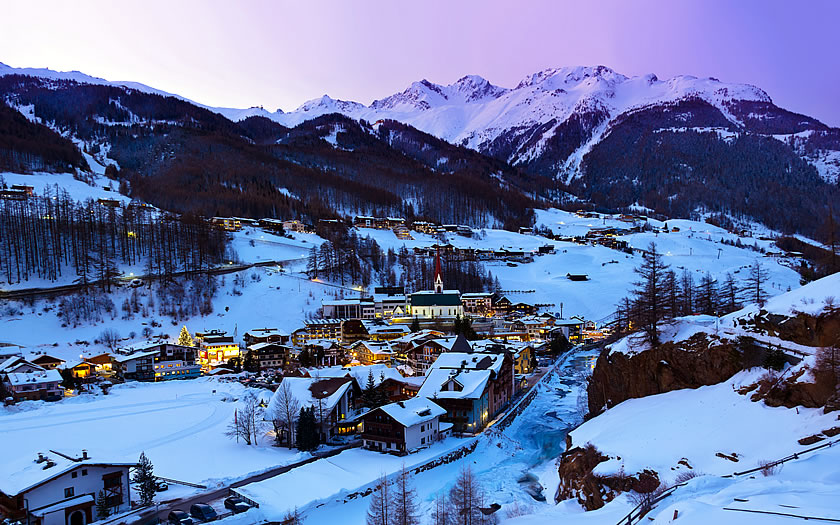